5G Will Throttle Network Backhaul – Here’s How to Power Up

5G technology is no longer the future, as mobile operators are now building out their networks to support it. While we may be used to thinking about cellular networks as fiber-fed base stations or remote radio heads, it is clear that 5G will require a “network of networks” that incorporates wireless for access as well as transport. After all, 5G technology requires five to ten times as many cell sites as 4G, and it is impossible or cost-prohibitive to run fiber to them all. That’s why wireless networks are critical to the deployment of 5G.

For many years, fiber was seen as the ultimate connectivity option because it delivers gigabits of bandwidth. As mobile operators experienced 3G and 4G cell sites choking on the limited bandwidth available from copper-based T1 transport, they naturally turned to fiber to eliminate the bandwidth problem. But fiber wasn’t the best option in many circumstances. In some cases (city centers, for example), it was simply impossible to obtain permission to run fiber to certain buildings, or if fiber already existed, it meant waiting months to lease fiber at high rates from a competitive provider. In other cases (low-density rural areas, for example), running fiber was too costly to support a strong business model. In these instances, mobile operators turned to wireless technology.

Today, as operators continue to build out 5G networks, we’re seeing high growth in wireless technology in the millimeter wave (e-band, or 80GHz) segment. There’s a lot of evidence in the market: if you look at Facebook, Google, and the big cable operators, all are adding wireless to their portfolios because they want an alternative to fiber. One example we can point to is Google’s retrenchment on its Google Fiber initiative – the company was finding it simply too expensive to run fiber everywhere.

Millimeter wave wireless, such as the BridgeWave Flex4G-10000, has a lot of advantages. The cost is low, there is a lot of spectrum, as well as frequency re-use opportunities, and the Flex4G-10000 can carry incredible capacity up to 10Gbps per radio and 20Gbps per 2+0 radio configuration, along with supporting CPRI operation natively. Millimeter wave wireless costs a third of what it did just a few years ago: the street price of a millimeter wave link today runs $7,000-$12,000, and it’s an asset that will last for decades. As a rule of thumb, wireless costs one-tenth of what fiber does, especially when taking in long term lease costs of fiber even when fiber has already been trenched.

Additionally, the BridgeWave Flex4G-10000 delivers fiber-level bandwidth (20 Gbps with dual-radio links) over distances of 1-3 miles, and with reliability that matches or exceeds that of fiber. In typical cases, our millimeter wave wireless systems are seeing MTBF times of 100 years, and the BridgeWave Flex4G-10000 can deliver five nines reliability and AES encryption to the full radio capacity for maximum security without requiring any additional equipment. 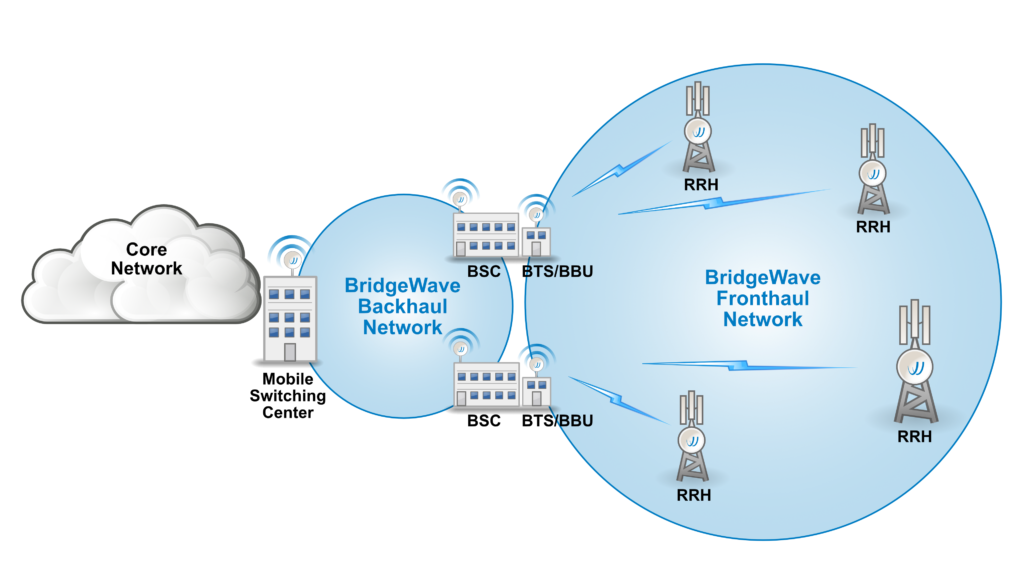 Incorporating wireless into broadband mobile networks isn’t just a US phenomenon. We have relatively high fiber penetration in the United States, China, South Korea, and few other countries, but globally, fiber is a rarity. In Europe, for example, 45-50 percent of the mobile telecom deployments include wireless, and the numbers are even higher in Latin America, the Middle East, and Africa.

Speed of deployment is a final point in favor of wireless. Mobile operators are competing intensely for every subscriber they can get, and using millimeter wave wireless instead of fiber to connect an area offers a time-to-market advantage measured in months, if not years.